This is the latest development in the effort to ensure that the federal government follows its own rules about the use of the term "milk." The legislation, which mirrors a bill introduced in the Senate (S. 130) by Senator Tammy Baldwin (D-WI) on January 12, fights back against non-dairy products that are mislabeled as milk, yogurt and cheese.

The following is a statement from Steve Etka, Washington Representative for the Midwest Dairy Coalition, in support of the Welch-Duffy-Simpson bill:

"Midwest dairy farmers are very excited that their Members of Congress are hearing their concerns about the misbranding of imitation milk products on the store shelves. FDA already has rules that require foods labeled 'milk' to be from cows, but they don't enforce their own rules. The Welch-Duffy-Simpson bill puts teeth into those rules and ensure the integrity of dairy product labeling."

On April 3-4, 2017, dairy cooperative leaders from the Upper Midwest flew to
Washington D.C., as part of the Midwest Dairy Coalition Day on the Hill to discuss critical
dairy policy concerns with Members of Congress and their staffs. In addition to
meeting with House and Senate members from key districts in the Upper Midwest, the
group also met with the leaders of the House and Senate Agriculture Committees. For a full report of the fly-in, click here.

Midwest Dairy Coalition thanks Congressman Peter Welch (D-VT) and Mike Simpson (R-ID) and 30 other House members for their December 16, 2016 letter to Food and Drug Administration Commissioner Califf urging the agency to enforce its current regulations to prohibit non-dairy products from being labeled as “milk.”

You can read the text of the letter here.

In addition to Congressmen Welch and Simpson, the letter was signed by: 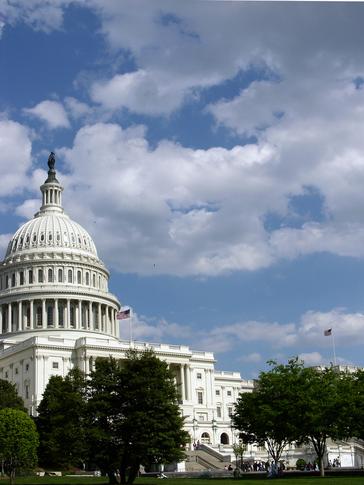 The Midwest Dairy Coalition works to build consensus on a number of issues affecting the region's dairy cooperatives and their member-owners.

The Coalition is unique in its ability to formulate positions on many of the most controversial dairy issues, despite its diverse membership. This provides the Coalition with an advantage on Capitol Hill. Speaking for the region's dairy producers and their cooperatives for 25 years, the Midwest Dairy Coalition has built a solid reputation with policy makers as an authoritative voice for dairy.

Use the navigation bar above to learn more about the Midwest Dairy Coalition's positions and involvement on some of the most significant areas of dairy policy.

The Midwest Dairy Coalition has joined others in the agriculture industry in signing onto a joint letter to House and Senate Budget and Appropriations Committee leaders. The letter urges
leadership to make no additional cuts in agriculture programs.  To view the full body of the letter, dated February 21, 2017, click here.

Introduced January 12, Senator Tammy Baldwin’s (D-Wis) DAIRY PRIDE Act fights back against non-dairy products that are mislabeled as milk, yogurt and cheese. The measure is gaining wide support from the dairy industry.

The following is the official statement of Steve Etka Washington Representative, Midwest Dairy Coalition, in support of the Dairy PRIDE Act:

"Dairy farmers invest a great deal of time and money to produce a wholesome, nutritious product for consumers, and take pride in the milk they produce. The federal government has promised to ensure that the term “milk” on store shelves can only be used on dairy products. But they have fallen short on that promise. The bill introduced by Senator Tammy Baldwin will help ensure that products labeled as milk are indeed dairy products. Consumers and dairy farmers alike will be the beneficiaries of this effort."